another leg of our december journey, six months later…

it looks and feels the same. like slipping into your favorite pair of jeans. like hugging an old friend. the memories come flooding back.

argentina was the first country i chose to travel to on my own. the first place i lived outside of the united states for an extended period of time. i was twenty-one. i was infatuated with the language, the poetry, the beauty, the lifestyle.

we only had a layover in buenos aires. we chose to sacrifice a trip to the city for more days with our friends in other locations. but, even at the airport, i could feel the culture immediately. i was in argentina. i could speak the language.

after we landed in bariloche, we did a quick stroll around the town to pick up some sleeping pads and some chocolate. because you always have to buy chocolate when in bariloche.

when i lived in buenos aires, i spent a week in this town with some friends in a cabin overlooking the lake. we rafted. we hiked. we ate chocolate.

this time, we boarded a bus and headed two hours south to el bolson, a small laid back town surrounded by stunning mountains. the views along the way, ahhh… 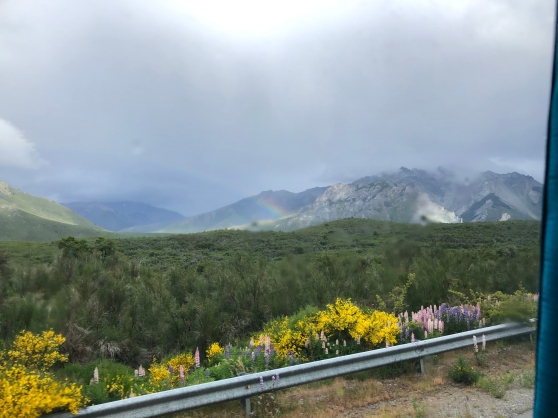 my friend cathy moved to el bolson several years ago after i returned from living in argentina and showed her photos of my travels. she uprooted her family and created a magical new life in the mountains.

from the bus, we took a taxi to her house. there was no address to give the driver. the directions were something like… turn on this one street, then when you get to this hotel turn again, then after you see this certain homestead, look for a pile of sand on the right. gotta love south america!

but, my friendships are like that. i don’t talk or see anyone every day or even every month, and yet, my love for them runs so strong. so strong that i will travel from portland to el bolson to see them get married.

cathy lives on a beautiful property in a one room natural materials home with her kids and her new hubby. they are building a new huge home next door. so far, the framing and walls are up. we strung up a tepee/tent in one of the rooms and set up our home for the next few days. cheap sleeping pads on a dusty wooden floor and lots of wool blankets. 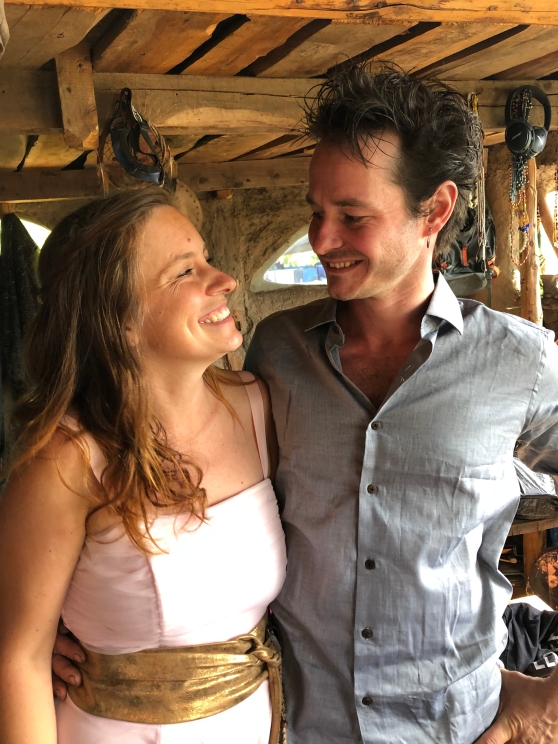 and then, we prepped. i didn’t really know what i would be walking into, but my event planning skills immediately came in handy. although it was a very small laidback wedding, there was still a lot to do. and in true argentine fashion, everything seemed to be going wrong…

her custom wedding dress ended up not being done and the seamstress stopped responding to messages/calls. the goat they had reserved for an asada had been sold to someone else. but, nothing stopped our dream team. we transformed the woods into a magical fairy wonderland complete with endless lupines and glitter galore.

it was perfect. a summer solstice celebration with lamb asada, smores, and lots of love.

and so was the rest of the week…

we spent the next day (my birthday) hanging out by the rio azul. lounging in hammocks and getting up the courage to jump into the ice cold water. 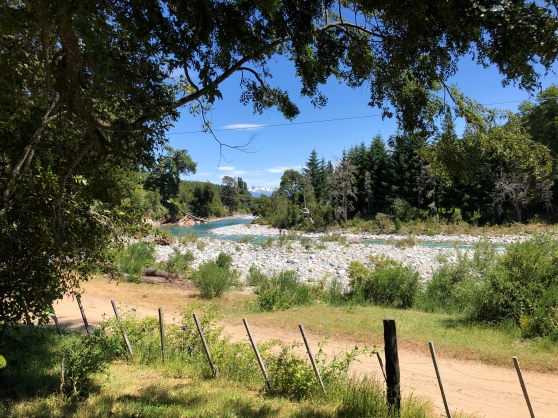 we spent the next day rafting down the rio azul. ryan got to be cool and kayak. he had a childish grin on his face the whole time. even when he was practicing rolling in the ice cold water… (that man hates cold water.)

late nights. endless conversation. wild adventures. everything i would expect from a visit to cathy. love that lady and her family. three children who over the years have become beautiful adults. 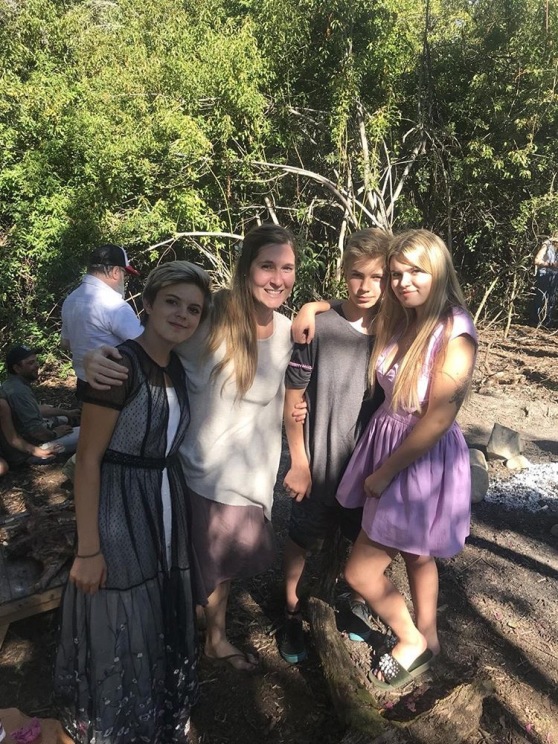 and then, before we knew it, it was time to head a bit further south. we packed up once more and boarded a bus to gobernador costa, a tiny town five hours south. ryan’s good friend lucas and his girlfriend sinja were going to meet us there. in the middle of nowhere. in southern argentina.

i love our life.