the thunderstorm was in full swing still in the morning. i woke up to my alarm, looked out the window, and went back to sleep for two hours. 8am! it is the longest i have slept until on this whole trip. felt good.

today was a lazy day. the rain made me happy because i could catch up on my work without feeling like i was missing out on something. but then, of course, the sun came out. but i still took it easy.

worked. wasted the day away daydreaming about the future. slept. ate a bit of the surprise package of delicious peanut brittle jasprit and teresa gave to me (thank you).

but it was our last day in chowara, so i peeled myself out of my lazy basking and started to stroll down to the beach for sunset.

i stopped off at a tailor to sew on a set of sleeves to my salarkamee. 150 rupees ($3) and a pen to completely tailor my outfit to fit me perfectly. tailors are everywhere in india. they can make anything you want in about two hours. new shirt? done. new pants? done. alterations? done.

and pens. everyone, adults and children, wants pens. apparently the really inky ones we all love, they do not have. so i hesitantly gave up my turquoise pilot G-2, but his smile was worth it. interesting the things we covet from other cultures. if i had known, i would have brought boxes of pens for them to share.

i continued my stroll stopping in the shops, keeping an eye out for certain gifts on my list. asking and comparing prices. falling into hour long conversations with the store owners.

like aazhimala deva. the old, skinny, bearded man who made beautiful wood and stone carvings. i told him i had taken a woodcarving class in college and had cut my hand several times. it was honestly one of the hardest artistic mediums i have ever attempted. he asked me how many hours a day i did it. i said twice a week for two hours for four months. he smiled and said no wonder you weren’t very good.

yes, practice makes perfect. although i did make some pretty cool pieces in that class.

then i moved onto a jewelry shop run by a 28 year old kashmiri man named tanveer shmad rathes. i was in his shop for literally an hour or more. it started out with me looking at bracelets. it ended with me laying on the floor meditating.

he told me about his wedding that he was planning for next year. do you know your wife? no, my parents are looking right now. he had high hopes because he was educated, owned his own business, and owned a house. the wedding will cost about $100,000 and will be five days long. thousands of people. in october. his brother will get married at the same time.

and he doesn’t know his wife. wait, did i already say that?

then he told me about his muslim religion. his family business. my business. how much a normal website costs to build. he showed me how to write in urdu, which is written right to left. so crazy to watch.

and then i browsed his shop. when i got to the singing bowls, he ran over and said, “meditation?” um, yes? 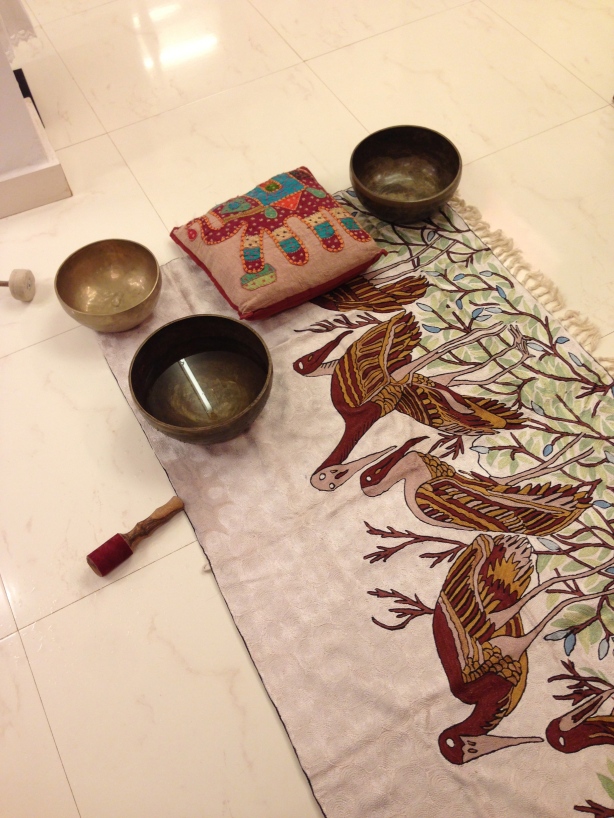 he begins gonging the bowls and letting the vibration fill my ears. empty out my brain. bring the universal sound of om into the air. moving from left ear to right ear. from near to far. i disappear from the chowara store tile floor. i don’t know where i went.

but then he touched my forehead, and i sat up. he showed me how the water jumps in raindrops when you fill the bowl with water and circle around its edge. he explained how the singing bowls are used in buddhism. i say i am familiar. he says you look like you would be.

we talk about american politics and war. and pakistan. and his customers. and tourists. everything and anything…he told me it all.

and then, he shook my hand and walked me outside. it was dark. i missed the sunset, but i didn’t miss a thing. it is the people. it is always the people for me.

One thought on “day eighteen: didn’t miss a thing”